View basket “An Anthology of Anglican Devotion and Theology” has been added to your basket.

Backstories to the Bible

But What If She’d Said ‘No’? – Backstories to the Bible contains fifteen stories, all but one of which relate to events described in the Bible.

They include creation, the plagues of Egypt, David and Goliath, Jonah, the Annunication, the feeding of the five thousand and the events of Holy Week and Easter. Each story is told from the perspective of someone who was either present during the event or who has heard of it from those who were. For example, the plagues of Egypt are seen through the eyes of a small Hebrew boy; two Roman centurions discuss the Easter events. The one story without a biblical basis is a response to Richard Dawkins and the ‘new atheists’.

The book aims to communicate Christian faith in a medium that is attractive to those who do not read formal theology or are hesitant about reading the Bible, both Christians and non-Christians.

Catherine Laufer was born in Sydney, the older of two daughters of Hungarian Holocaust survivors. She was baptised as ‘protection’ as a baby and came to own Christian faith at an Anglican high school. Catherine studied psychology at the Australian National University in Canberra and worked with intellectually disabled and highly gifted children. She became a lecturer in psychology at Australian Catholic University and her vocation to priesthood grew out of the experience of deep grief following the death of her husband. Catherine is now a parish priest on the Sunshine Coast and a sessional lecturer in theology at St Francis College, Brisbane; a member college of Charles Sturt University. 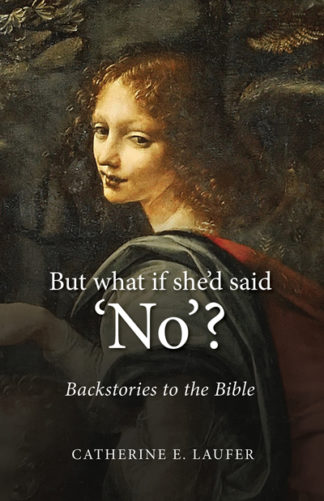