View basket “The New Scapegoats” has been added to your basket.

The clergy victims of the Anglican Church sexual abuse crisis

In common with other Australian churches, the Anglican Church of Australia has been rightly shamed for its negligent response to sexual abuse perpetrated within its ranks. It has apologised profusely, and committed itself to preventing future abuse. In the process, however, it has adopted draconian new measures to regulate its clergy, in part to rebuild its shattered reputation by appearing tough on every aspect of their lives. Many Anglican clergy, innocent of any abusive behaviour, now nevertheless feel anxious and intimidated. This study, by a prominent laywoman, lifts the veil on this hidden outcome, and pleads for a more caring, considered approach.

Dr Muriel Porter OAM, a Melbourne journalist, author and historian, is an Anglican laywoman. A member of the Anglican Church of Australia’s General Synod for the past thirty years, she has written extensively about issues facing the contemporary church. She is an Honorary Research Fellow of the University of Divinity. 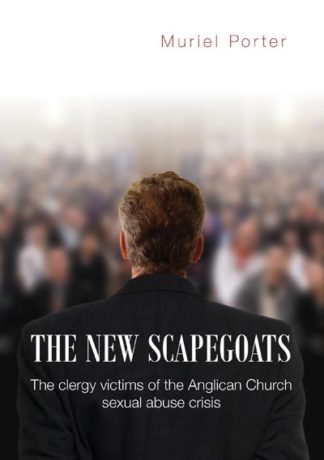 You're viewing: The New Scapegoats $20.95
Add to basket