The Boy and The Homeless Man

One day in a nameless suburb a homeless man sets up his tent across the street from a pastor’s house. While the pastor’s son befriends the man, the pastor’s wife is suspicious and angry at this blight on their suburb. Things only get worse when the homeless man moves camp to the churchyard. The congregation becomes indignant at his brazenness, and when the homeless man dares to preach to them, they decide to act to save the reputation of their church. The Boy and the Homeless Man is a modern parable, a moral tale that encourages us to confront our hypocrisy, see Jesus in the poor and marginalised, and to live out God’s calling to us to welcome the stranger in our midst.

Edison Yongai is an African-Australian writer from Sierra Leone who has published five books in the US and UK, including two children’s books, two for young adult readers and one adult novel. Edison lives in Sydney with his wife Alberta and kids (Sahr, Sia and Shalom) and works as a freelance journalist, community radio broadcaster and social service worker. 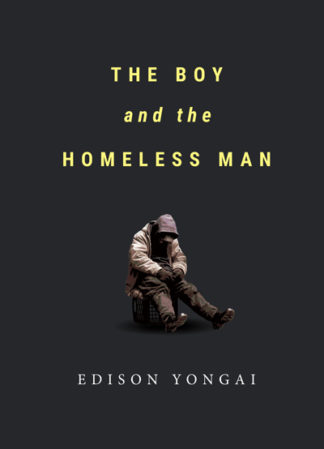 You're viewing: The Boy and The Homeless Man $20.95
Add to basket