Our religious world is changing and many traditional expressions of Christianity seem to be in serious decline. By way of contrast, a relatively new type of church – in the form of large megachurches – appears to be growing to the point where they are replacing traditional denominational churches in size and influence. This book traces the origins and development of megachurches in Australia, in particular through a careful and detailed study of the origins and growth of the Christian Outreach Centre movement. It explores reasons for the growth of the megachurches and the lessons that can be learnt from this form of church. It examines their revivalist religious experiences, their organisational structures and leadership styles; and asks how these have helped the growth of megachurch, as well as their expansion into new activities such as schools, social welfare and political lobbying. It also considers lessons to be learnt from their ability to develop an affiliated network of smaller churches, local and overseas missions, and the growth of new national and international megachurch denominations. Based on a ten year study that explores the historical, social and religious dimensions of Australia’s megachurches, the book examines reasons why this experiential form of religion seems attractive to many Australians when many traditional mainstream religious institutions struggle to attract adherents. It evaluates the contribution of such churches to the lives of participants, the wider mission of Christianity and their role in Australian society. It also reflects on the future of the megachurches as they continue to change in order to maintain attendances and support their large staff and resource base, and addresses the question of how successful they are in preserving core Christian beliefs, practices and mission commitments.

Be the first to review “Megachurches” 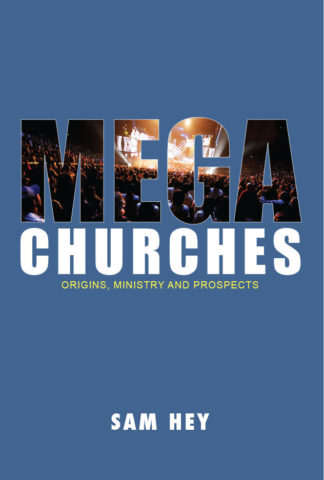 You're viewing: Megachurches $52.95
Add to basket