Congratulations to P Howard Smith who was nominated for the short list of the SparkLit 2020 Australian Christian Book of the Year. During the award presentation, I Will Avenge received many commendations from the SparkLit judges.

Based on real events, P. Howard Smith weaves together fact and fiction to bring to life a shameful period of Australia’s convict past.
I Will Avenge is the confronting account of a woman caught up in, and severely damaged by, war and its aftermath. This historical drama brings to life little known facts surrounding the Irish Rebellion of 1798 and its influence upon early colonial life in Australia. I Will Avenge is an accurate and confronting account of the brutality of war and the power of forgiveness to bring healing and overcome the legacy of hatred and revenge.

This is the first Australian historical novel by exciting new author P Howard Smith. He draws his inspiration for character writing from older great writers such as Du Maurier, CS Lewis, Mark Twain and Dickens. P Howard Smith lives with his wife, Rosslyn, in Kilaben Bay in New South Wales.

2 reviews for I Will Avenge 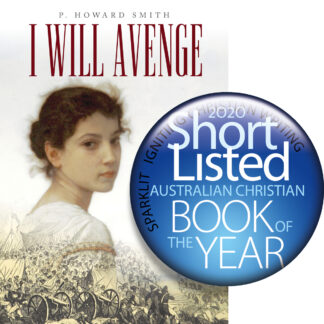