View basket “Pilgrims of hope” has been added to your basket.

I am Bound to be True

The life and legacy of Arthur A. Calwell

Arthur Augustus Calwell (1896-1973) played a dominant role in Australias development into a free, confident and independent nation in the twentieth century. He was Australias first Federal Minister for Immigration who enabled hundreds of thousands of British, Irish and European citizens to migrate to Australia, making it the multicultural icon it has become today. This new biography, written by his daughter, tells the story of his life, career and achievements and offers informed conclusions about Calwells era and the huge challenges he and his colleagues overcame in times of war and peace.

Be the first to review “I am Bound to be True” 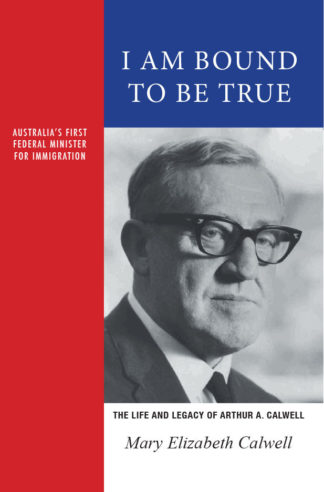