Catherine Booth: From Timidity to Boldness 1829- 1865 tells the story of Catherine Booth’s dramatic early life, and how a timid young woman rose from a home damaged by alcohol to become a dynamic and popular preacher, campaigner for the rights of women and, with her husband, founder of The Salvation Army.

Author David Malcolm Bennett makes significant and revealing use of the letters that the Booths wrote to each other, the letters she wrote to her parents, and her diary and reminiscences. It is the first biography of Catherine Booth to make use of the complete transcribed editions of each of these works.
In Catherine Booth: From Timidity to Boldness, Catherine is allowed to speak for herself and what she says is frequently dynamic and, at different times, insightful, deeply spiritual, and, occasionally, controversial.

David Malcolm Bennett is an Australian, though born in England, who has been writing since 1985 and has 20 books published, mainly in the areas of church history, biography and the history of theology. He has also written numerous articles and book reviews, published in both Christian and secular publications. He is regarded as one of the world’s leading authorities on Catherine and William Booth. Among David’s many published works are two biographies on William Booth; William Booth and his Salvation Army (now published in Australia by Rhiza Press) and The General: William Booth (Xulon Press). He is also the author of Catherine Booth on Women’s Place and Ministry (Camp Hill Publications) and has had several articles published in The Australasian Journal of Salvation Army History 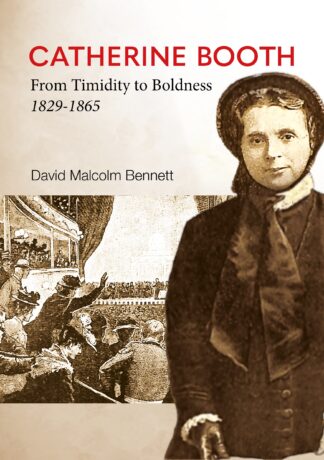