‘This biographical study of Francis Bertie Boyce, for 47 years rector of St Paul’s Redfern in the Anglican Diocese of Sydney, focusses on the remarkable public dimension of his ministry.

In the interests of the Church, he steadfastly withstood the inclination of the secular to drive religion out of the public square. In the interests of the poor, he campaigned for temperance, old age and invalid pensions, and slum clearance. In the interests of the nation, he fought for the ongoing involvement of the churches in public education, for the observance of Empire Day as the celebration of ‘all those things which uplift an empire’s people’, and the annual observance of ‘Church History Sunday’ to give due acknowledgement of the positive role of the Church in Australia’s development. Precisely because Boyce was so exceptional, and yet so effective, the inspiration must be found to raise up faithful evangelical social reformers in his image.

Robert Withycombe shows how Boyce did it, and, through meticulous research, brings us the social activist aspirations and rationale of this reformer in his own words. This book is an inspiring read, an invaluable guide to emulating a remarkably practical and effective pastor.’ – Stuart Piggin, Conjoint Associate Professor of History, Macquarie University

Jerryl Lowe served as the Senior Minister in parishes in NSW and Tasmania until his retirement in 2011. During his ministry, he was a Reserve Naval Chaplain with the Royal Australian Navy, an Area Dean of Prospect in the Sydney Diocese, and a member of the School Council of Tara Anglican School for Girls in Parramatta, NSW. Jerryl now lives with his wife, Elizabeth, in the Southern Highlands of NSW, and they have four adult children.

The event took place at St Aidan’s Anglican Church at Blackheath in the Blue Mountains west of Sydney on Saturday 22 September 2018. 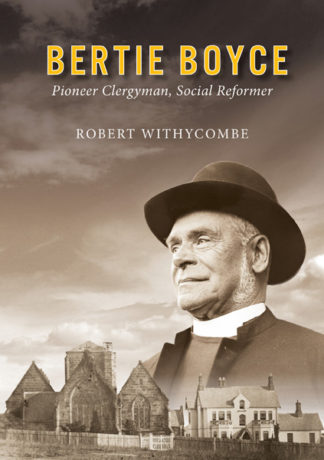