The Making of a Modern Mystic

From unlikely beginnings, Eugene Lincoln Napoleon Veith established a business that became the largest capital city metropolitan parcel organisation in Australia. Yet despite his grand name and success, Eugene Veith always described himself as an ordinary bloke. He grew up in rural Victoria amidst illness and poverty, and his adolescence was turbulent and painful.  It was also the time when his childhood faith burst open in an event that was the beginning of his love affair with God which matured throughout his long life. In time, he realised his dream of using the profits from his business to support Christian missions and challenge unjust social structures. The legacy of this continues to grow today through the Entrust Foundation, which he established in 2008, not long before he died. This is the outer expression of his inner life with God. In the general rush of everyday living, people seldom talk of their experience of God at a deep and intimate level, but in the right context and at the right time, some do. When this happens, it is a rare privilege to listen in and to recognise that we are on holy ground. An Ordinary Bloke: The Making of a Modern Mystic provides us with that opportunity.

Be the first to review “An Ordinary Bloke” Cancel reply 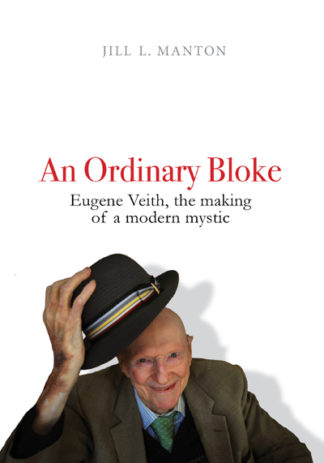 You're viewing: An Ordinary Bloke $25.95
Add to basket