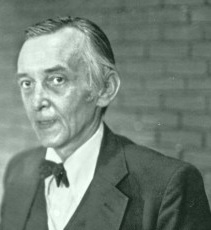 William Stringfellow was a lawyer, a social activist, and a dedicated communicant of the Episcopal Church. He graduated from Harvard Law School in the 1950s but put aside the promise of a lucrative career and went to work in East Harlem, one of New York City’s poorest neighborhoods. At the height of the Vietnam War, he took the Reverend Daniel Berrigan into his home and was indicted for harboring a fugitive.

Everything William Stringfellow said and did was grounded in his profound belief in the Incarnation and the Eschaton. He knew Jesus Christ to be the Word of God, who is in all things and who challenges the powers and principalities of this world, calling people and institutions to repentance and newness of life.

Wipf and Stock have republished Stringfellow’s works, as well as a number of books about Stringfellow.