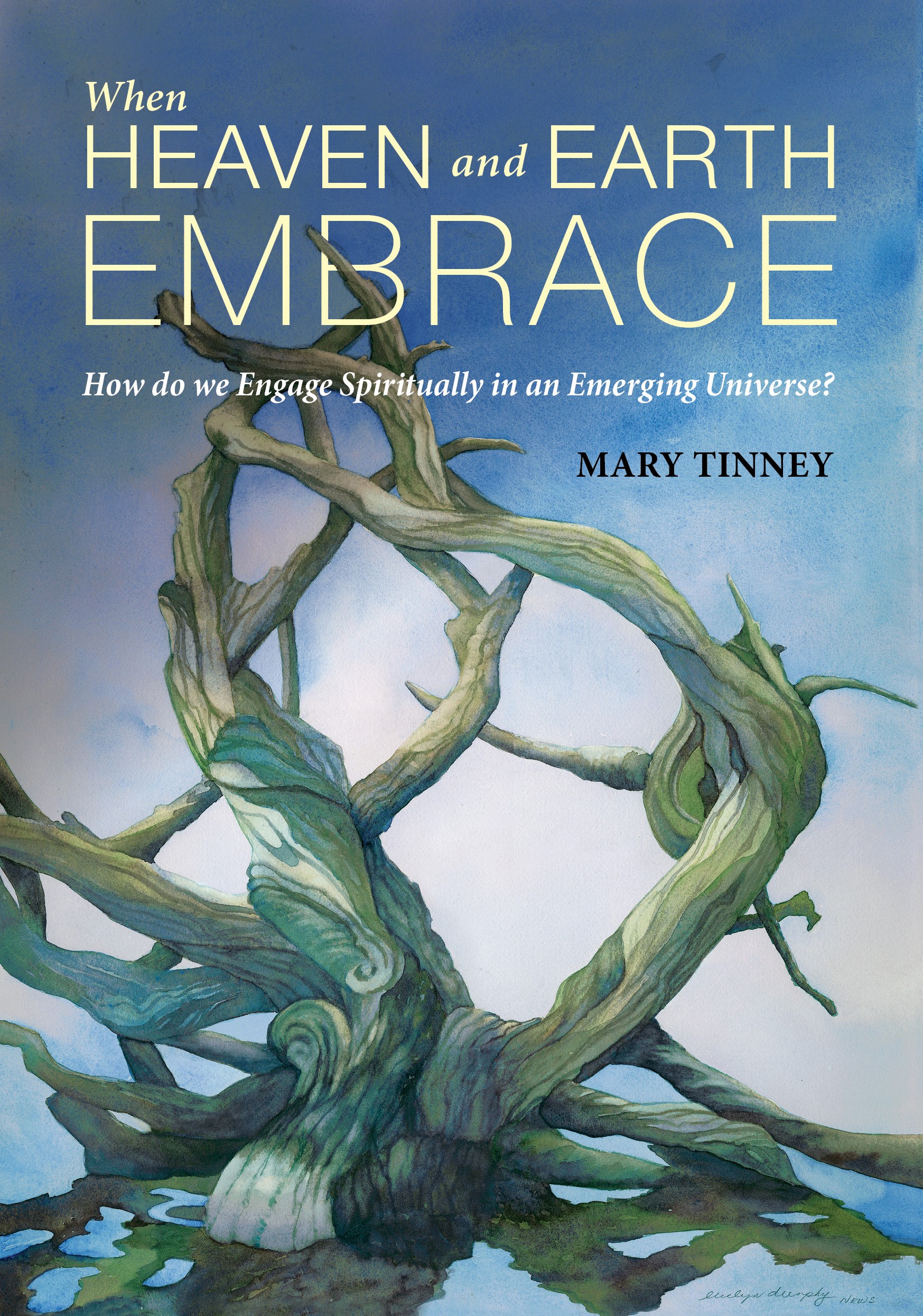 We can engage spiritually in an emerging Universe if we have a vision of the embrace of Heaven and Earth that is informed by contemporary science, if we underpin that with an ecotheology that recognises Heaven and Earth as interconnected while respecting their differences, and if we have an ecospiritual praxis that is open, attentive to and aware of divine presence in all that is. This vision has the potential to drive action for justice for Earth at a time when there is ecological devastation in our evolving cosmos. When Heaven and Earth Embrace takes as its starting point the Earth Link project which has been on this journey since 2000. It provides a rare and much needed integration of ecospirituality and Christian ecotheology, such that action for justice for Earth can be motivated and sustained. The enhanced principles that form the bulk of the book are both inspirational and practical. In addition, there are study/discussion guides for individual and group use.
For those already inspired by the Journey of the Universe, this book is a necessary next step. 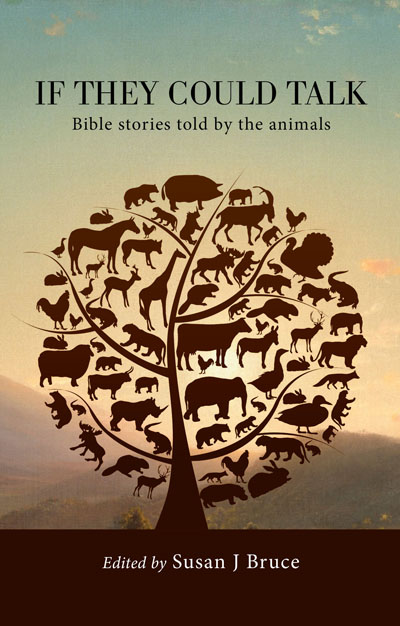 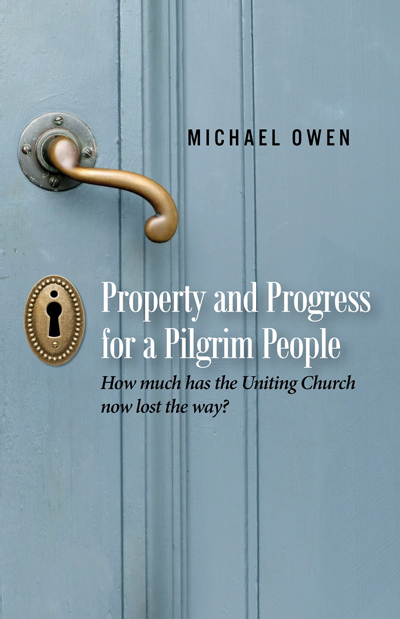 Ruling 26 of 2008 from the President of the Uniting Church’s national Assembly and the Assembly’s document on Property Policy of 2009-2010 take markedly different positions on the control and use of property in that church.

The policy document argues from “convictions” and “values” to reach positions contrary to what the Uniting Church acts of State and Territory parliaments, the Church’s constitution, and Assembly regulations actually provide. The later Presidential Ruling 29 of 2013, on actions of the Synod of Victoria and Tasmania with property held for the use of other bodies, seems to accept the policy document’s position.

The document’s emphasis on values and whatever is new and emerging reveals a dependence on the modernist ideology and its problematical belief in progress, together with the managerialism to which they give rise. What would be an authentic Christian response to that ideology? 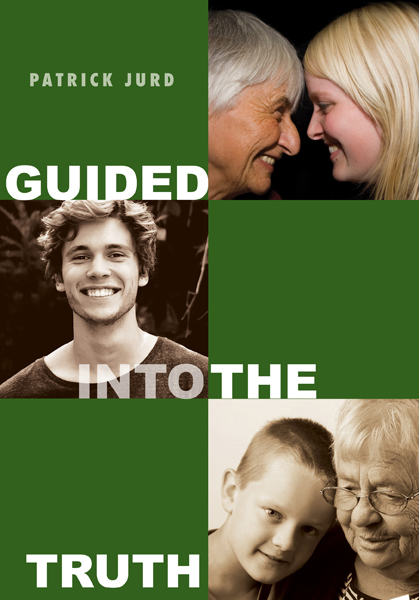 Guided into the truth is the third book of reflections by Patrick Jurd. The title refers to the work of the Holy Spirit as described in the Gospel of John.

This book continues to demonstrate his enthusiasm for the gospel of Jesus Christ, seen in To Strengthen and Encourage and Always in God’s Presence. His series of brief reflections is written for parents, teachers, clergy and other educators who want to draw out the best in young people so that they may truly live the gospel. 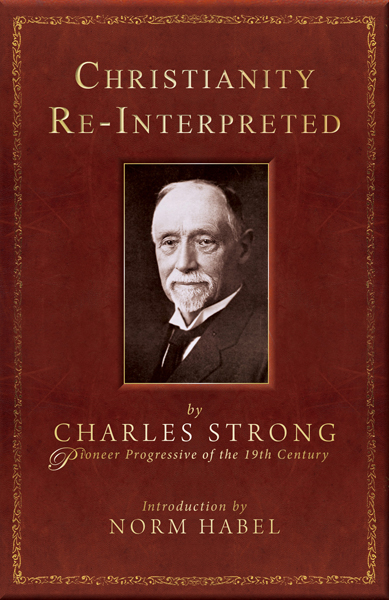 This book is a reprint of key sermons by Rev. Charles Strong who founded the Australian Church in 1885 after being accused of heresy relating to the atonement.

Strong’s focus was on knowing the Spirit as a universal all-animating Spirit, an eternal and deep dimension of reality within humans as well as nature. The Kingdom of God is really The Kingdom of Love; love is the force of God at work in humans to change society.

This volume reprints five sermons published originally in 1894, sermons which reflect his progressive approach to spirituality and faith. 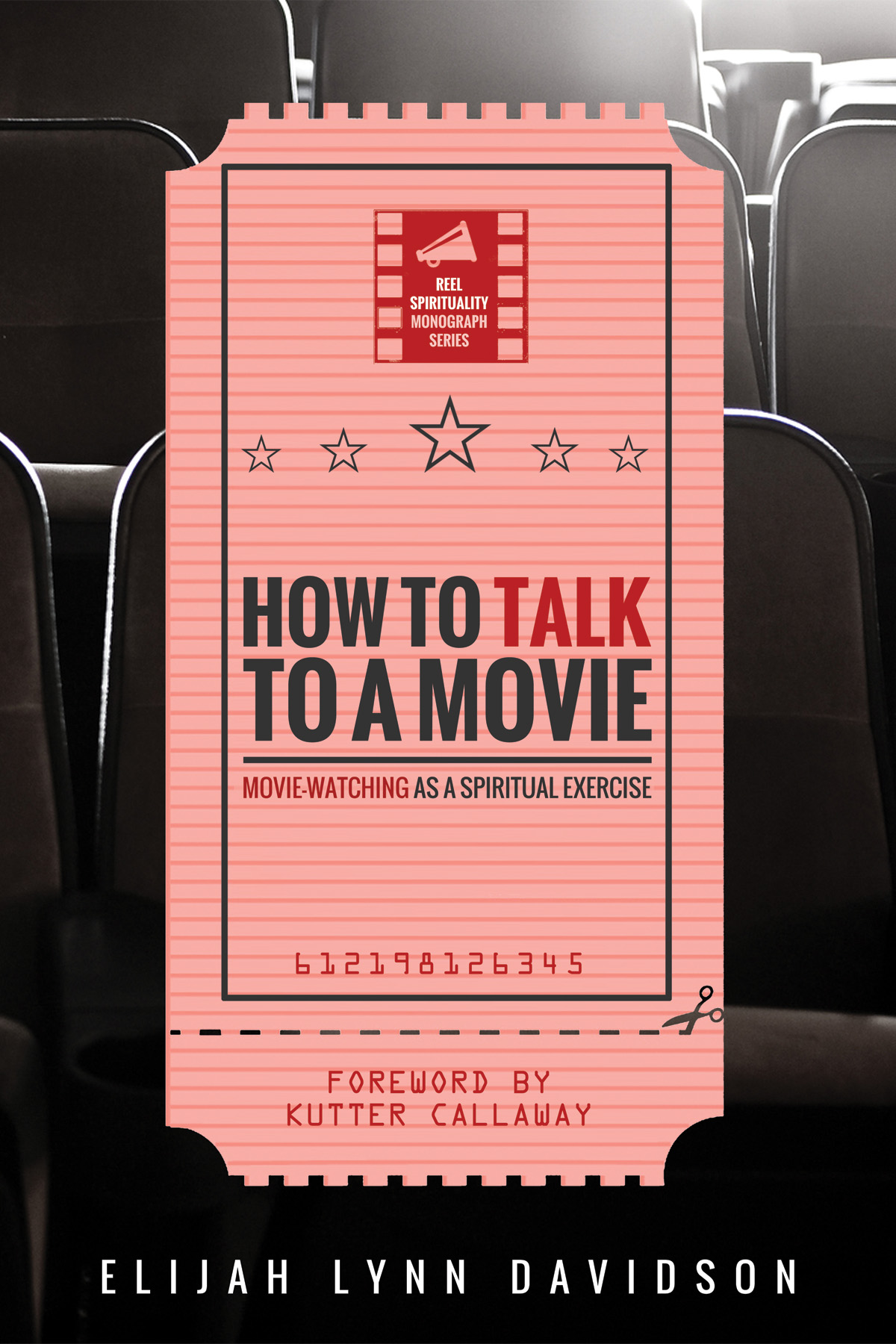 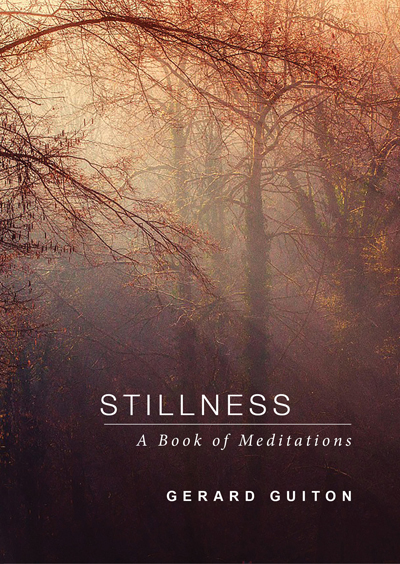 Stillness lies at the very heart of life where it is the birthplace of thought, of movement and creativity. It speaks the language of simplicity, the language of our Source. In stillness we are found, without it we are lost. This book contains 36 short, poetic and highly meaningful meditations focusing on key aspects of our lives. They are headed by quotations from people of different faith traditions and times, and from those without a religious faith. Stillness is written for anyone interested in the practice of meditation and prayer, for those who believe stillness and silence can play an important role in their lives. It encourages them to take back time from their daily schedule so that they may be enriched by stillness and silence – even for five minutes! 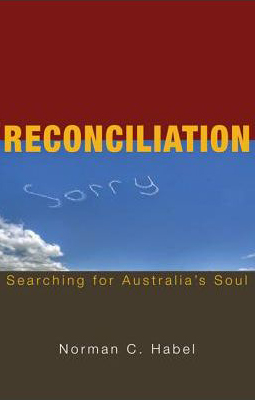 Reconciliation between indigenous and non-indigenous Australians continues to tear at the heart of Australia, exposing our struggle for soul. In the deepest sense, this quest is not just political and social, but also spiritual and human. Reconciliation: Searching for Australia’s Soul remains timely as Norman Habel explores the significance of the continuing reconciliation process for the spiritual dimension as part of Australia’s identity. He writes: I am an Australian, a fifth generation Australian. For a long time, I have wondered what it means for me – for all of us – to be Australian. I have reflected on our spirit, our characters, our identity. Reconciliation: Searching for Australia’s Soul is the result; an invitation to become an advocate for reconciliation. For Norman Habel, being Australian means embracing the story and struggle of the Aboriginal peoples for justice and recognising their suffering since 1788 as integral to our spiritual heritage. 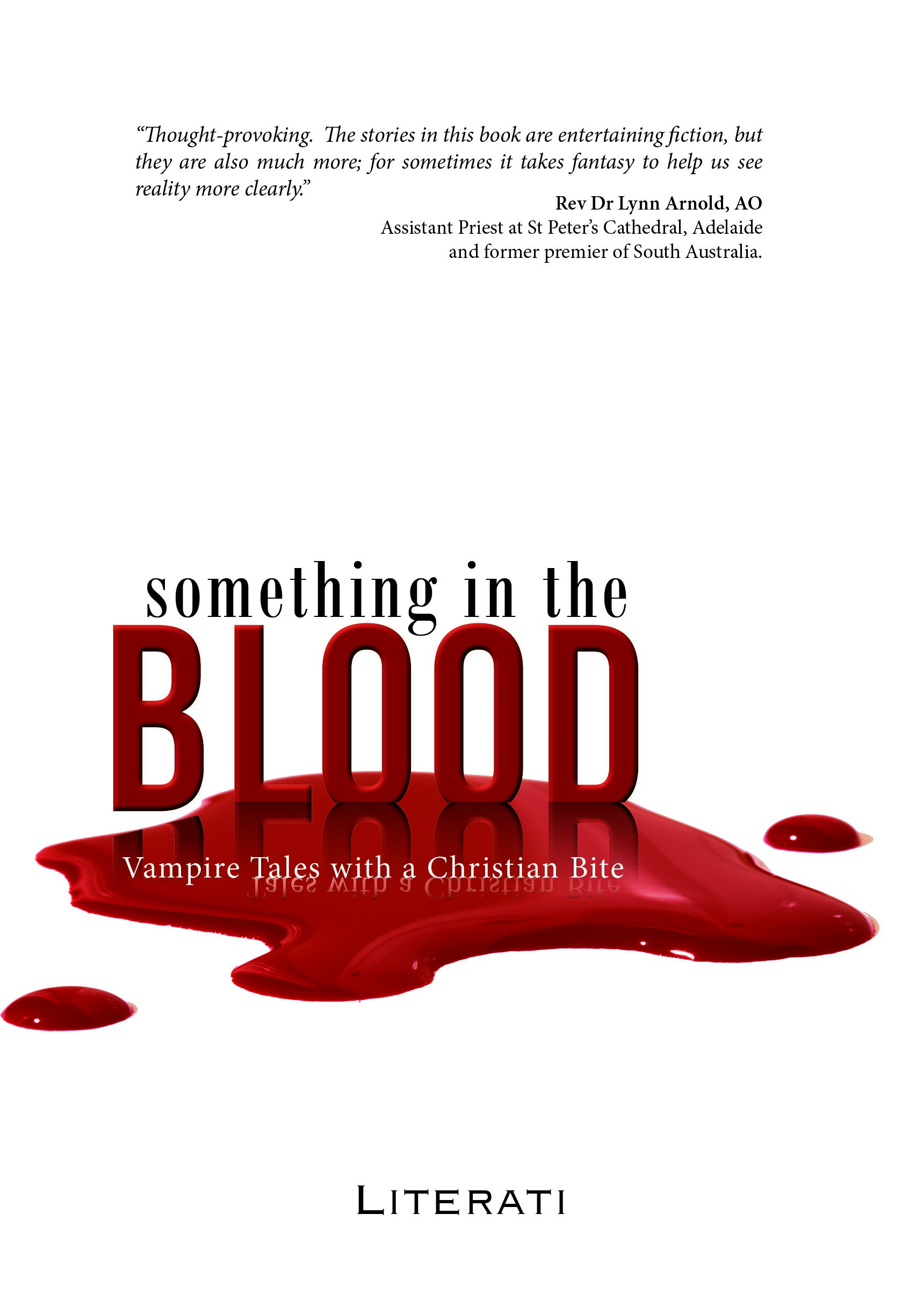 Something in the Blood is a collection of vampire stories with a difference. Ever wondered what would happen if a group of Christian writers were each asked to write a vampire story?  That’s exactly what occurred in the case of the contributors to this volume.  Given the fascination seen in many novels and films with vampires, and the usual darkness of these stories, one group of Christian authors decided to engage the genre rather than ignore or reject it.  The result is a diverse, entertaining and challenging collection of stories that seeks to answer the question: Is there a place for hope in the midst of darkness and despair?  While each writer takes a very different approach to the challenge, they have all found a way to answer that question with a resounding ‘yes’.  Yet the manner in which they arrive at this answer, as well as what happens along the way, is often surprising. Rev Dr Lynn Arnold, coordinator of the Faith in the Public Square program in Adelaide, has noted that, “In this collection premised on the gothic vampire motif, the writers have delved into the darkness and found profundus, bringing back mirrors into which we are invited to look. From these mirrored depths, haunting and daunting as the images may be, we discern distant shafts of redeeming light.” 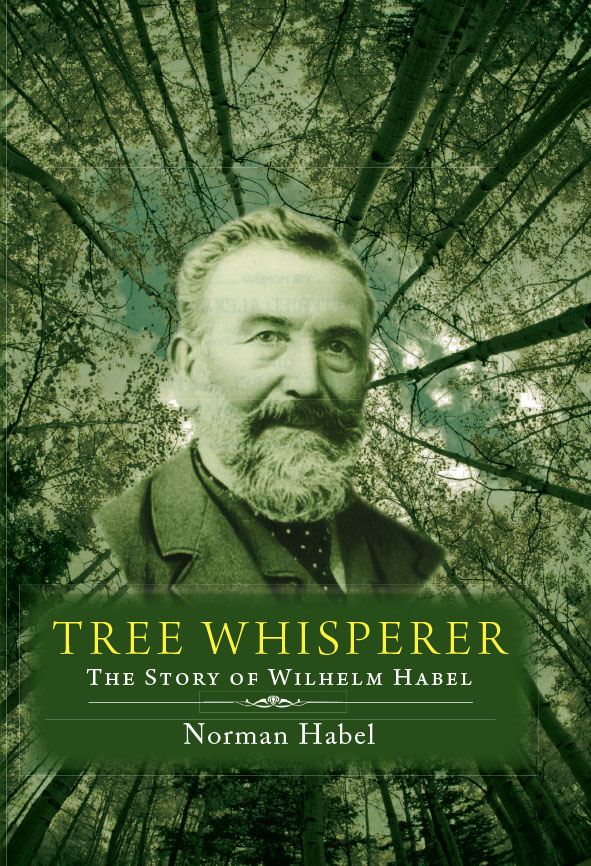 Wilhelm Habel is my great grandfather. This is his story and my reading of his life. As I researched his journey, I began to wonder whether there was a hidden link between his spirit and mine or whether the strong connection is simply genetic. I became curious as to whether my great grandfather had an influence on my identity even before I knew his story. After considerable research, reflection and analysis of the family stories, a radical change took place in my writing. I discovered a dimension of Wilhelms history that revealed something about my own identity. Throughout my life, my parents and grandparents in Australia spoke of themselves as German Lutherans. I discovered that my Habel ancestors were not Germans at all, but Wends who lived in Silesia, a province under Prussian rule. The Wends, sometimes called Sorbs, were of Slavic origin. For centuries, groups of Wends were closely associated with the forests of Europe, where they made their living by selling whatever they could find – everything from honey and wax to furs and timber. Many of the Wends became established members of farming communities or country villages. To highlight the spirit and strength of Wilhelms story I have chosen to write a work of historical fiction… As I recount his dramatic story, especially his journey to Australia, I find myself in tune with Wendish ways of viewing the world and with the spiritual impulses that move them. So the book is my reading of Wilhelms story and how his forest wisdom guided his spirit. It is the story of a tree whisperer in tune with nature and the mysteries of creation. It is the story of my Wendish spiritual father. – Norm Habel