View basket “Don’t Look Away!” has been added to your basket.

What the Dog Saw

What the Dog Saw is the story of a troubled boy as seen through the eyes of his ageing Labrador, Baxter. While there is much that Baxter sees that worries him, there are also moments of humour and joy.

Baxter loves playing with his boy and is always ready to listen to him, but he also worries about his boy, and wonders if even the loyalty and friendship of a Labrador will be enough to help him. Baxter’s observations provide a unique perspective on his boy’s battle with mental illness.

Mark Worthing is an author and lives with his family on a small farm in the Adelaide Hills. His recent works include Graeme Clark. The Man Who Invented the Bionic Ear (Allen&Unwin 2015), Phantastes. George MacDonald’s Classic Fantasy Novel retold (Stone Table Books, 2016), and Martin Luther. A Wild Boar in the Lord’s Vineyard (Morning Star Publishing, 2017).

3 reviews for What the Dog Saw 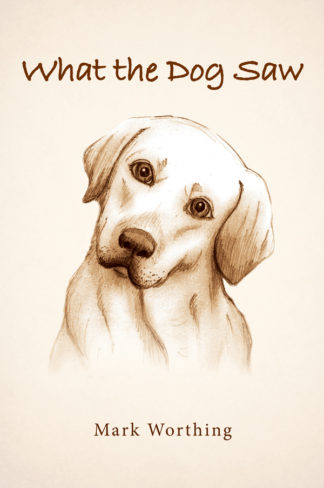