View basket “On the Third Day” has been added to your basket.

Reflections from a Year of Mercy

The Unexpected Light is a book which seeks to inspire through the experience of science, history, and art, rather than theological rhetoric – reaching out to people not necessarily committed to the Christian faith but perhaps interested in it.

The aim is to show how mercy is not just a doctrine, not just a teaching – although these are important things – but rather, a force integral to the future of human life on earth. Peter Fleming examines science, history, art – unified in faith. In a world which is imperfect by its very nature, mercy is a logical response to its people and to human behaviour.

Peter Fleming is a novelist, non-fiction writer and playwright who also teaches at a Jesuit senior college in Western Sydney. A regular columnist for Australian Catholics, Peter’s works include the novels Falling to Destiny and Falling into History, (which were both snapped up by ABC Radio for The Book Reading on Radio National), Would I Like Jesus? (a casual walk through the gospel of Matthew, published by Paulist Press in 2015), and the musical Frank Christie Frank Clarke! (Sydney Fringe Festival 2012).

2 reviews for The Unexpected Light 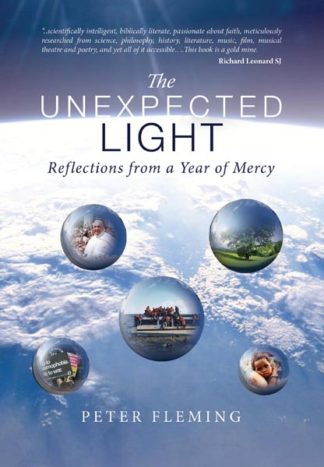 You're viewing: The Unexpected Light $20.95
Add to basket