The Story of Wilhelm Habel

Wilhelm Habel is my great grandfather. This is his story and my reading of his life. As I researched his journey, I began to wonder whether there was a hidden link between his spirit and mine or whether the strong connection is simply genetic. I became curious as to whether my great grandfather had an influence on my identity even before I knew his story. After considerable research, reflection and analysis of the family stories, a radical change took place in my writing. I discovered a dimension of Wilhelms history that revealed something about my own identity. Throughout my life, my parents and grandparents in Australia spoke of themselves as German Lutherans. I discovered that my Habel ancestors were not Germans at all, but Wends who lived in Silesia, a province under Prussian rule. The Wends, sometimes called Sorbs, were of Slavic origin. For centuries, groups of Wends were closely associated with the forests of Europe, where they made their living by selling whatever they could find – everything from honey and wax to furs and timber. Many of the Wends became established members of farming communities or country villages. To highlight the spirit and strength of Wilhelms story I have chosen to write a work of historical fiction… As I recount his dramatic story, especially his journey to Australia, I find myself in tune with Wendish ways of viewing the world and with the spiritual impulses that move them. So the book is my reading of Wilhelms story and how his forest wisdom guided his spirit. It is the story of a tree whisperer in tune with nature and the mysteries of creation. It is the story of my Wendish spiritual father. – Norm Habel

Be the first to review “The Tree Whisperer” Cancel reply 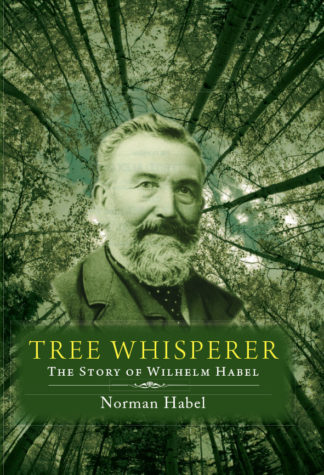 You're viewing: The Tree Whisperer $28.95
Add to basket