Property and Progress for a Pilgrim People

How much has the Uniting Church now lost the way?

Ruling 26 of 2008 from the President of the Uniting Church’s national Assembly and the Assembly’s document on Property Policy of 2009-2010 take markedly different positions on the control and use of property in that church.

The policy document argues from “convictions” and “values” to reach positions contrary to what the Uniting Church acts of State and Territory parliaments, the Church’s constitution, and Assembly regulations actually provide. The later Presidential Ruling 29 of 2013, on actions of the Synod of Victoria and Tasmania with property held for the use of other bodies, seems to accept the policy document’s position.

The document’s emphasis on values and whatever is new and emerging reveals a dependence on the modernist ideology and its problematical belief in progress, together with the managerialism to which they give rise. What would be an authentic Christian response to that ideology?

1 review for Property and Progress for a Pilgrim People 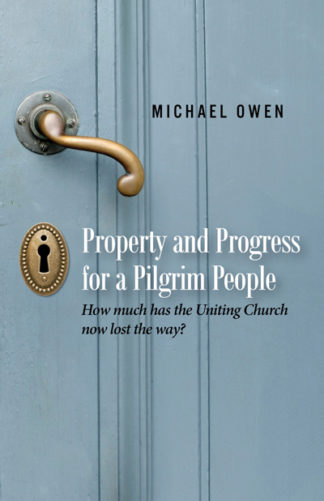 You're viewing: Property and Progress for a Pilgrim People $15.95
Add to basket